When Shopping with Your Genitals Goes Horribly Awry

Do you remember years ago when all the gendered-advertising fuss freaked out over Bic For Her gel pens? The joke got so big that even Ellen DeGeneres did a bit on her talk show about the ridiculousness that these pens even existed. Well more recently, the PepsiCo CEO kinda-sorta announced that they were making new chips based on gender preferences and the internet had an opinion about this. The opinion, of course, is that gendered potato chips are nonsensical garbage, the kind of thing that would be created if you asked Ron Burgundy, Mitch McConnell, and Moe Szyslak to get together and try to identify a new potato chip demographic.

Despite the fact that Indra Nooyi never once said they were making chips for women or used the phrase Lady Doritos, the concept has quickly become the mascot of terrible marketing gimmicks. Future MBA students will study this as an example of what not to do in corporate advertising. In fact, those students could probably write an entire thesis on shitty, gendered products that are more insulting than they are useful.

While on the flipside, a female-centric ice cream exists in the UK that’s so incredibly gendered that it starts to creep into your biological sex- literally! The product, dubbed Vice Cream, claims to be an aphrodisiac (or more boldly) Viagra for women. I don’t even need to eat the damn stuff- I’m tingly at the mere prospect of this! The three main ingredients that blast your female regions with ice cream laden desire are (according to the article) Ecuadorian chocolate, plant-based pleasure enhancer Lady Prelox and British whipping cream.

Take, for example, the Man Candles produced by Yankee Candle a few years ago. Trying to encourage men to buy candles so they could expand their sales into a new demographic, they created scents they thought would appeal to the manliest of men. They could have used clean scents like pine or sage, or even delicious scents like bourbon or caramel, as intelligently advertised in this Men’s Health feature advertising candles to their readers. Instead, they created new labels that were a bit more masculine. This would have been a reasonable idea, so of course they ignored it like a female executive in a business meeting. Instead they thought to themselves, “How would Homer Simpson define masculinity?” and created a line of candles built around that horrible, horrible idea.

They created a beer scented candle, because real men love beer. Never mind the fact that the smell of beer conjures up only two images – sitting down with a cold brew or mopping up the stink of your personal failures the next day. I don’t know about you, but I’ve never walked into a room that smelled heavily of beer when there were no drinks visible and considered that a good thing. Don’t worry though, if the beer candle doesn’t whet your whistle you can choose one of their many other scents, like football, bacon, or watching TV. Apparently, a cedar-scented candle with a woodworking-themed label or something like that would have been too classy for real men.

Or you can just use testosterone and sweat scented Bounce Sheets.

Don’t worry, Yankee Candle isn’t the only company that doesn’t understand how people think. Dr. Pepper threw their hat into this idiotic ring a while back with Dr. Pepper Ten, a diet soft drink geared towards men who are afraid a calorie-free cola will make their penis fall right off their body, I guess. Originally heavily advertised towards men, the campaign was essentially an article from The Onion spontaneously come to life. The product was specifically touted as “not for women” and the packaging was designed to look like sheet metal held together with rivets, probably in an attempt to make sure us ladies were fooled into thinking the cans would be too heavy for our dainty hands.

While on the flipside, back in 2009, 7UP released an “antioxidant” variety that was pushed heavily toward women including a commercial, if you happen to recall (with your brain because the commercial can’t be found online) of women having a pool party, drinking their antioxidant berry soda (that does not contain any actual berry juice).

While the heavily gendered aspects of the product seem to have fallen by the wayside over time, they have kept the packaging design to give an aura of masculinity to their beverage so that people who get their social norms from reruns of According to Jim can still feel comfortable buying a diet soda.

Lest we forget about gendered yogurt for men.

But since we’re on the topic of men’s snacks, they didn’t fair much better in Japan. A popular biscuit snack called Pocky released a variety called Men’s Pocky.

As you can see from the box, it’s very handsome and traditionally masculine. Fit for only the truest gentleman sucking down a chocolate coated biscuit like a grade school kid. Or anyone smart, for that matter because Pocky is delicious.

Pepperidge Farm, on the other hand, took this same idea, applied it to children, and ran in the opposite direction. Apparently, toddlers don’t get enough gender-specific garbage shoved down their throats every day, so they decided to make a line of princess-themed fish crackers so girls would know which snacks they are supposed to eat. None of those gender-neutral fish for you, little girls, lest you develop the confidence and self esteem of someone who isn’t defined by their ovaries. Best of all, they are pink – because nothing screams cheddar like the color pink!

They could have put Michael Phelps on the package or made a line of angel fish or something like that, but they chose the low-hanging fruit of the marketing world by coloring it pink and slapping the word princess on it instead.

Adult women don’t fare any better in the marketing world, unfortunately. Take the terrifying existence of Virginia Slims cigarettes, for example. Created by Phillip Morris in the late 1960’s, these cigarettes are made especially for ladies. What makes them the perfect way for women to develop lung cancer, you ask? They are skinny! You know, because women are so obsessed with looking slim that they need their cigarettes to be thinner than average too. Eventually they created the super slim version of the product, followed by a special, smaller sized “purse pack” so that women everywhere could smoke to their lung’s content without their cigarettes ever accidentally making them feel fat. I’m nearly certain someone there has pitched an ad with a plus size woman and a voiceover that says, “It’s okay, at least your cigarettes can be skinny!”

They even managed to create print ads so offensive I’m surprised Gloria Steinem never marched on their headquarters. They took sepia-toned photos of women in old fashioned dresses and made up stories about the days when women weren’t allowed to smoke; according to the ads women caught smoking used to get spanked by their husbands or sent to bed without supper like petulant children. But now, they said, you are a feminist. You’ve been fighting against the man all day and now you have earned your carcinogenic treat, so don’t let those fictional men who wouldn’t let their wives smoke in the past stop you from doing the right thing for womankind and lighting up a cigarette right now. 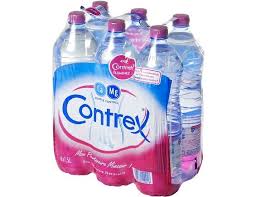 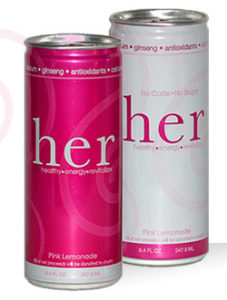 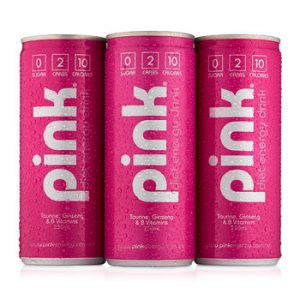 But at least women still get drinks just for her to give us pep in today’s tough world!

I swear, I will give all of my money to whatever company uses their advertising budget to help move social norms in a healthy direction instead of contributing to this heavily gendered nonsense we’ve got currently. Well, I’m a freelance writer, so obviously I don’t have any money, but I will follow you on twitter and retweet your stuff, so that has to be worth at least a few bucks, right?