During the heyday of the anime fan-subbed VHS boom of the late 90s, obscure magical girls were everywhere. Lists upon lists of anime series like the one listed on the website above existed, and you’d see the same series’ names over and over again. If you were a big collector of fan-subbed VHS tapes like I was, you knew that when it came to the magical girl genre, not all series were created equal. 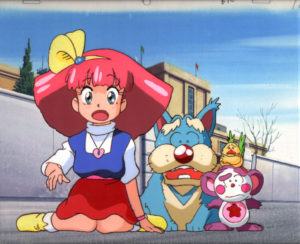 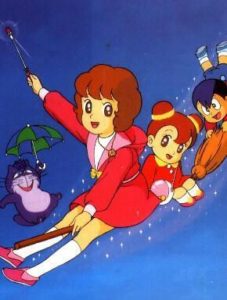 From the oldest of old-school days of Minky Momo and Sally the Witch here’s no dispute about it- Pretty Soldier Sailor Moon was the top-shelf magical girl of the era, and she still holds that title to this day. (Albeit with the Pretty Guardian title, whatevs.) With stores dedicated to the series and her own Universal Studios Japan experience, there are no other magical girl shows that can reach the same heights that Sailor Moon has. But don’t think for a second that other series didn’t try. Because they did, and today on PopLurker we’re going to talk about the anime Magical Girl infiltration of the 90s and how many of these series went unnoticed by the (non-obsessed) watcher.

First up on the list of “I saw this title everywhere” was Akazukin Cha-Cha or Red Riding Hood Cha-Cha. This anime has one of the most charming styles I’d ever seen and I just could never afford the tapes of it. Cha-cha is a fumbling magician who seeks the truth about her family and defends a kingdom against its enemies. 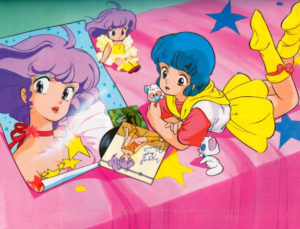 We’re followed by Magical Angel Creamy Mami (title doesn’t sound so tasty, does it?), a story about a ten-year-old girl who is transformed into a sixteen-year-old girl for one year. The idea of transforming into an older girl isn’t an unfamiliar trope in Japan. We can see this premise in another magical girl series called Fancy Lala, a story about a ten-year-old girl who, using an enchanted item, is transformed into a teenage girl who becomes a pop-idol singer. Likely, these are both stories reminiscent of Big with messages of “Hey, don’t be so eager to grow those boobs. Hang out as a kid for a little bit.”

We have Nurse Angel Ririka Sos, a strange and convoluted story about (yet another) ten -year-old girl who is given a magic wand of sorts and transforms into the Nurse Angel. Her name was already Ririka, so it’s not like she has a battle name or anything. Spanning over fifty episodes, this series did not benefit from the way it just kept going and it ends with one of the saddest endings in anime history, although post-final credits, things cheer up a little bit.

Angels versus devils and the battle between good and evil combined with keeping little girls in their maternal, nurturing place was a huge trend in the magical 90s, and it continued right up with Ai Tenshi Wedding Peach or Love Angel Wedding Peach. I watched way more of this series than it deserved, primarily because their magical items and secondary costumes were the coolest magical girl garb I’ve seen to date.

I have a secret for all of you out there, and it may result in tomatoes being thrown at my face, but I don’t actually like the Sailor Moon costumes. The hip rolls, the puffy arm sleeves, and the bows on the front and back…barf. They’re just not for me. But Wedding Peach? Holy mother of stars in the sky, give me those forever. Those girls where decorative bodices and metal garters! I love it!

On the more popular side, Card Captor Sakura blended magical girl with clow cards for a fun overlap of genres, and Magical Project S was born from the Tenchi franchise. It was a joke in one of the OAV series that Sasami transform into Pretty Sammy, but then next thing you know she got her own spin off…and yet another retelling of the Tenchi franchise.

Our friend from the 70s Cutey Honey came back in the 90s for a magical girl series called Cutey Honey Flash, a streamlined and modern (at the time) design that fit more into the Sailor Moon aesthetic and less into the thick-bodied, luscious boobed, rounded facial features look old-school Cutey Honey fans were used to (even the 1995 OAV reboot that we all saw on the Blockbuster shelves adhered more to the original 70s style).

And no magical girl article would be complete without talking about Kamikaze Kaitou Jeanne or as I call it, the show that (temporarily) put the nail in the Magical Girl coffin. This show was absolutely terrible. What started out as a charming show about a normal girl became this unnecessarily layered show about rebirth, god, and religion. Possibly, the original premise just wasn’t strong enough to stay hard. You had Maron, a girl who transformed into the reincarnation of Joan of Arc so she could destroy evil demons that haunted paintings.

She has a male counterpart named Sinbad, whose identity she doesn’t know while transformed, but the two are classmates in real life and one has feelings for the other while transformed and the other has feelings for the other while in civilian form (sorry for the lack of details. It’s been a minute and my brain is fried). Meanwhile, you have Maron’s best friend who is the daughter of the chief of police, who is obsessed with arresting Jeanne (not knowing Maron is Jeanne). But seriously…that holy-mother-on-the-cross martyr nonsense that was the second season…man…the eyes just can’t roll any further.