Welcome back to Pop Culture Infiltration, the segment where we zero in on a singular trope or trend in pop culture that seemingly spread like a virus out of nowhere. For today’s topic, we’re heading back into the Land of Cartoons to discuss the 1980s (plus a little after that) and the presence of all the cartoon horses.

But really; what was with all the cartoon horses?

I know there’s the whole “Mommy/Daddy, I want a pony” joke among people with daughters. Well, maybe it’s a direct result of cartoons drilling it into their heads that no girl is complete without her horse companion! There’s likely tons more of them in pop culture, but today, I’m going to focus on my top cartoons with horses in them. A billion horses. Let’s trot right into it.

She-Ra was the first magical girl to show audiences that no girl was complete without her “trusty steed”. With a laser blast from her honor sword, She-Ra transforms her horse Spirit into a mighty Pegasus named Swift Wind.

My Little Pony took the horse thing super literally; it was a cartoon all about horses. With wings, without wings, didn’t matter to these little adventurers. Based off a toy line in typical 80s fashion, My Little Pony continued through the entire 80s, into the 90s, and back into the new Millennium with the wildly successful My Little Pony: Friendship is Magiccartoon.

With the exception of My Little Pony, which as we discussed had horses everywhere, Rainbow Brite took the lead for pony headcount. There were a total of four horses in this show at any given time. We had Rainbow’s main companion, Starlite. Following him we had Skydancer, the badass lightening bolt horse who belonged to Stormy, as seen in the clip above. Then we had Onyx, a badass robotic horse made of metal, lasers, and fire and the only horse I’d ever want in my life. And then later the pink Sunriser showed up because toys.

This brilliant artist on DeviantArt had it right- Lady Lovely Locks was the worst. We’ve already discussed on Nerdbot how it makes no sense, but now there’s a horse in there named Silkymane. In a world of enchanted hair clips, flying squirrel sprites, naughty colorful trolls, and two girls we wish would just kiss already, the addition of the vapid horse in the 80s was clearly pandering to fans of Rainbow Brite and She-Ra.

Man– parts of the 80s were just weird. Wildfire is one of those cartoons that’s just been lost to obscurity. One of Hanna-Barbera’s attempts at a “serious” cartoon with a fantastical magical realism backdrop, Wildfire is the story of a girl whose mom dies in the first twenty seconds of its own opening theme. The horse takes her to our regular world where she grows up normal when it’s clear she’s a special snowflake. But in typical 80s fashion, the cartoons were written by hacks who were “comedy writers” in the 50s/60s and had no idea how to make cartoons cartoon. 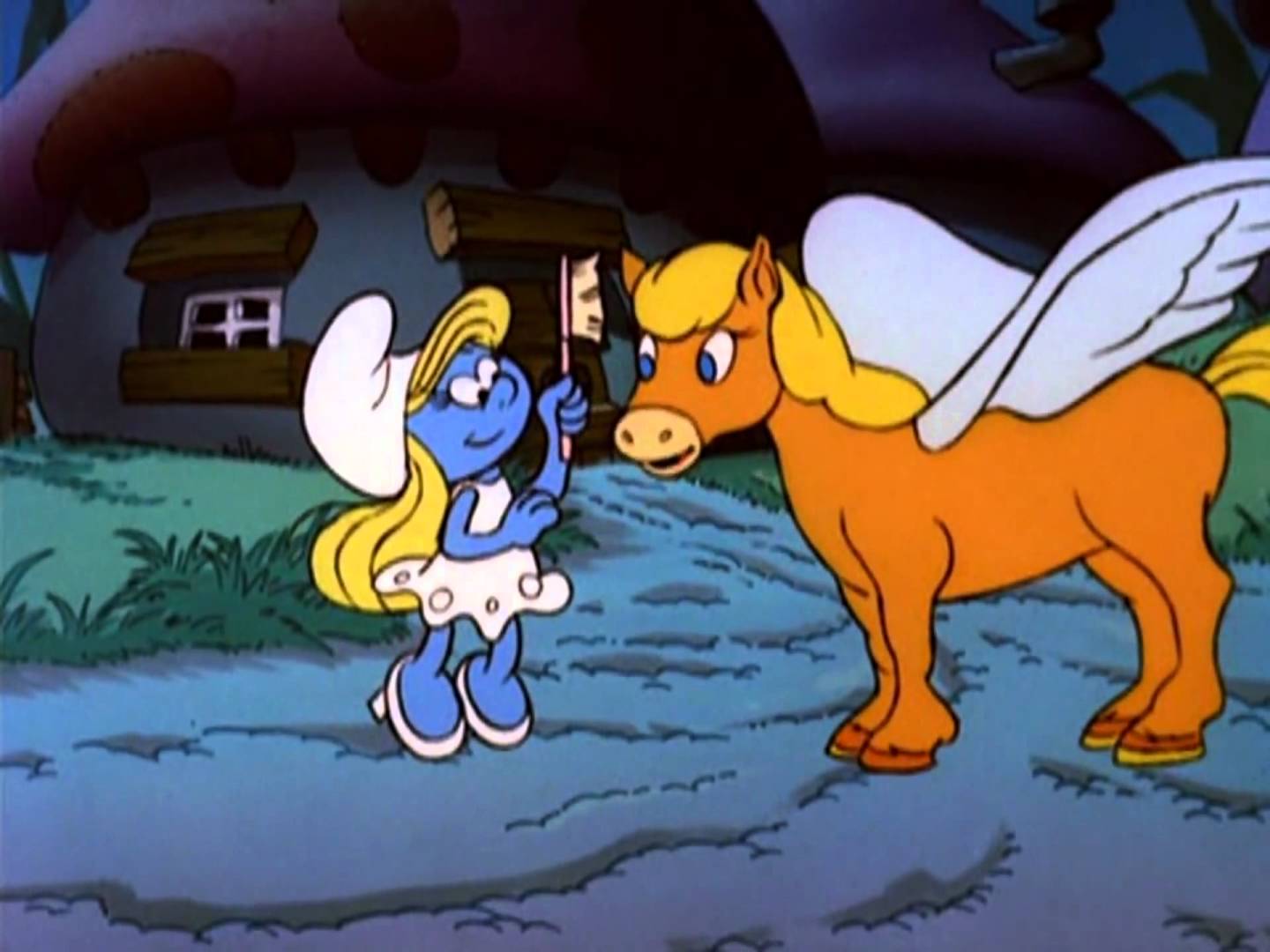 In the 80s, even Smurfette from The Smurfs got her own horse. In the episode “The Little Orange Horse With The Gold Shoes” panders to two “girly” loves; shoes and horses. And considering Smurfette is the size of a human pinkie, that must have been one hell of a tiny orange horse she was magical girling with.

The entire arc of the fourth season of Sailor Moon is about a boy in Pegasus form who depends on Chibiusa’s beautiful dreams to make sure some circus phantoms don’t stick their heads inside magical dream mirrors. Eh, don’t worry about it. All you need to know is that Chibiusa has a horse for an entire season who gives her powers and we’re all cheering for them to get shipped. Anime is great. 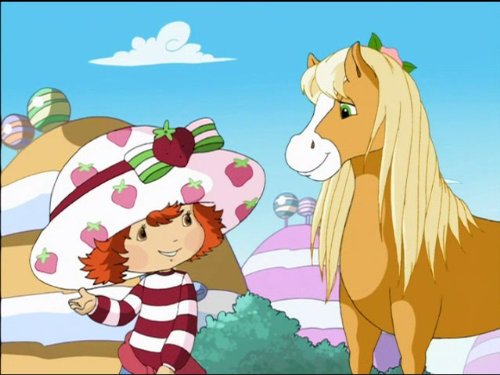 While not the original version from the 80s, in 2006 Ms. Shortcake joined the ranks of cartoon characters who obtained a horsey friend of her very own. 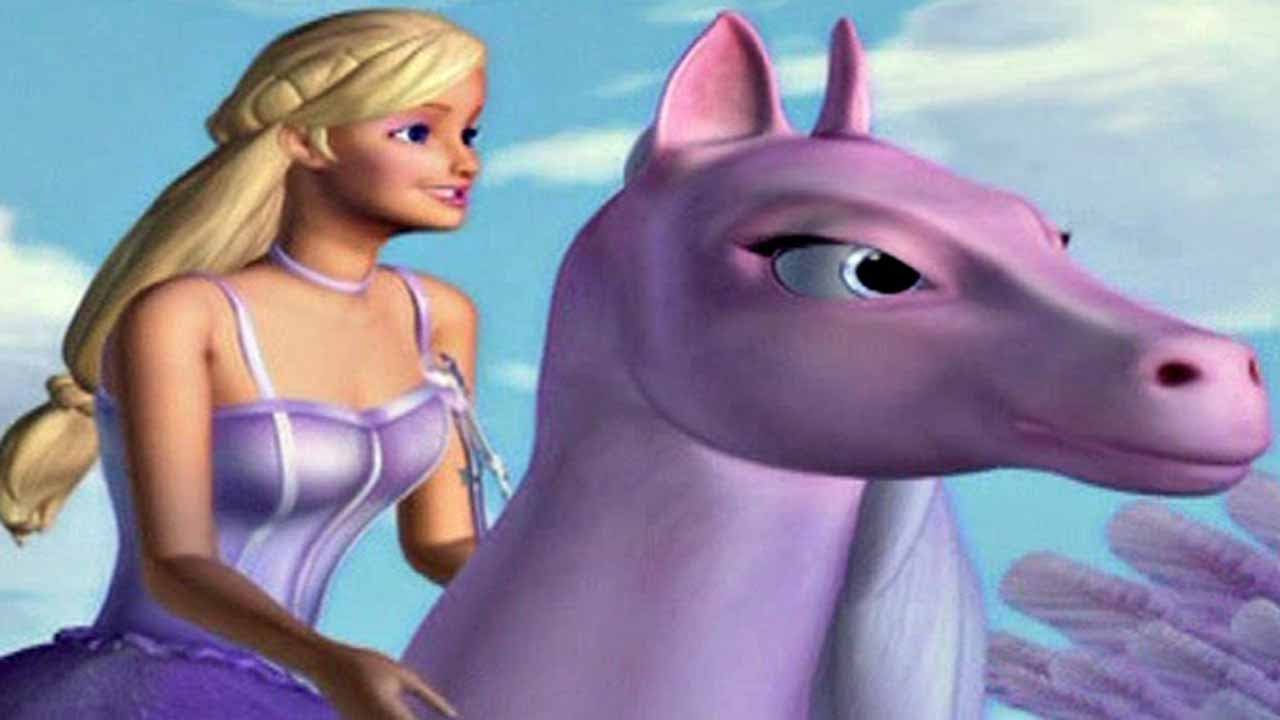 You know that everyone working on the movie Barbie and the Magic of Pegasus were victims of 80s cartoon horses. In their minds, there’s no way a series of Barbie movies could possibly exist without one where Barbie gains ownership of a magical horse! And giddyup she does.

And we made it kids- we’re away from the 80s and in the not-too-far-back-future (wait, what?). Sofia the First is a Disney Jr. preschool show about a girl who was a plain villager until Mom made the right life choice and married the king. Now, Sofia has magical adventures on the regular and lives in an enchanted world. The twist in this horse trope is that her pony companion Minimus is short, stubby, and has very little magical horse prowess. BREAKING THE CHAINS!